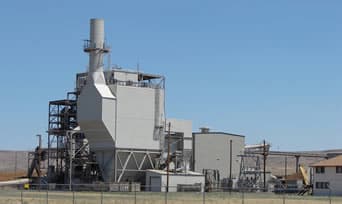 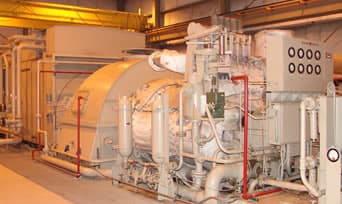 What is Honey Lake Power?

The Honey Lake Power (HLP) plant is a net 30 megawatt woody biomass electrical generation facility located approximately 200 miles northeast of Sacramento in Lassen County of Northern California and has been consistently providing renewable energy to the area since 1989. Greenleaf Power acquired HLP in 2010. The plant employs more than 22 full-time staff (salary and hourly) and dozens of contractors during the spring and fall outage seasons. 18 of HLP’s employees are hourly earning an average of over $28.00/hour with full benefits and overtime pay. Estimates indicate that biomass power plants generate 10 times as many jobs as a comparably-sized conventional natural gas power plant.

Each year Honey Lake Power generates 175,000 megawatt-hours (MWh), or enough to power over 26,000 homes for a year. Under its current contract, at least 60% of HLP’s fuel comes from designated High Hazard Fire Zones to promote forest management and public safety. Additionally, 80% of its fuel source must come from forested regions that are sustainably managed.

Honey Lake Power sells the power generated to San Diego Gas & Electric under a long-term Power Purchase Agreement. This agreement is part of an effort by the state to reduce the risk of forest fires and promote healthy forest management. The majority of HLP’s fuel comes from High Hazard Zones, which are certified by state agencies as having a high risk of burning. Additionally, HLP sells power to the local utility, Lassen Municipal Utility District (LMUD), when the incoming PG&E transmission line goes down. In 2018 during the Camp Fire that devastated the town of Paradise, HLP was the only power generator available and supported LMUD’s customers for 21 days.

What does Honey Lake Power do?

Honey Lake Power converts forest residues, waste biomass, and high hazard fuels into clean power. Starting in 2017, the plant’s special state designation to use about 80% “high hazard” biomass allowed HLP to support local forest health and fire production as this fuel comes from distressed forest areas with large amounts of dead and standing trees. Over the past 20 years, and in particular over the past seven, severe drought and an epic bark beetle infestation have killed well over 100 million trees in the region. These trees, dried to tinder by the drought, burn ferociously when ignited and present a continuing threat to the trees and forests that are still alive. The dead and dried trees that were classified as “high hazard” became a focus of forest managers, and the area has put significant effort into harvesting and chipping dead trees from the at-risk forest areas. Because of these shifts in forest management Greenleaf Power’s Honey Lake Power plant has converted 150,000 tons per year on average of this type of biomass into power.

Greenleaf Power Honey Lake Power plant continues to work with State, Federal and private forest managers to provide a use for the hazardous dead trees that are being culled, thus protecting the remaining beleaguered trees while reducing potential air pollutants, creating jobs, and providing a steady source of “green” power to the local community and its long-term customers in Southern California. The average biomass thinning project economic return on the Eagle Lake Ranger District, Lassen National Forest (1993-2005) is $267/acre (forest products and biomass).

Greenleaf Power’s US and Canadian cogeneration plants produce power, jobs, and environmental and community benefits. However, sometimes the environmental and community benefits are not as obvious as the economic ones. An example of this is the Honey Lake plant in Northern California, which utilizes cogeneration to reduce woody biomass and create clean energy. Cogeneration is a more efficient use of fuel or heat, because otherwise-wasted heat from electricity generation is put to some productive use. Combined heat and power (CHP) plants recover otherwise wasted thermal energy for heating, therefore making more efficient energy. Through this process, HLP burns wasteful woody biomass into fuel and also uses geothermal groundwater from local wells to preheat its boiler feed water, reducing the plant’s consumption of biomass.

HLP utilizes a travelling grate wood-fired boiler and steam turbine generator. The boiler is equipped with multi-clones and an electrostatic precipitator for particulate control, ammonia injection for NOx control, and sodium bicarbonate reagent for sulfur dioxide control. HLP operates under a Title V Permit and is compliant with all Federal, State, and Regional regulations. The plant is a qualified in-state base load renewable resource (CEC# #60077E).